Mini Head Version of the invective.120 Head. Developed in a collaboration with the talented Misha Mansoor.

The invective.120 Head has been one of the most in-demand high-gain amps on the market. Developed in a collaboration with the talented Misha Mansoor, this was one of the first amps designed to be a perfect match for modern pedalboard-centric players. The best-in-class clean channel is the perfect launchpad for your pedal-generated sound. The High-Gain channel in the invective is based on the legendary 6505, known as the amp that created today's hard rock sound. Now with the invective.MH, you can get this versatile performance amp in a Mini-Head form factor. 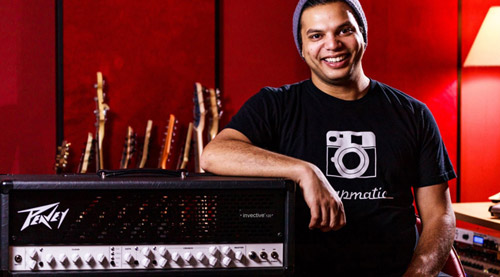 Misha Mansoor with his invective.120

invective.MH are finally on their way to Europe. We expect them in stock by mid December.
How to pre-order?
Please write an Email to: guitarsummit@musik-produktiv.de
Or contact Musik-Produktiv directly via their Guitar Summit Exhibitor Page.